Sara Alsherif is an independent researcher in her mid-thirties. She is interested in digital security and technology in junction with […] 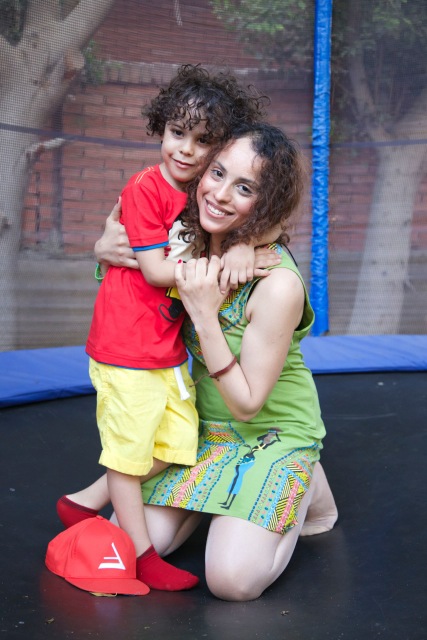 Sara Alsherif is an independent researcher in her mid-thirties. She is interested in digital security and technology in junction with human rights, and also in documentation and the means of sustainably storing data. Sara studied at the Faculty of Mass Communication at Cairo University. She has worked in journalism since the age of sixteen and only left the field nine years ago. She has been active in the public space, independently, since her childhood.

Sara has a ten-year-old boy called Seif. She likes many types of dance, alongside her diverse interests in the public space. She did not want to join any political parties because of the possibility of not agreeing with decisions or stands taken by the party leadership. However, she joined the group ‘No Military Trials for Civilians’ in 2011 because it is a movement which has a clear and obvious target that she agrees with: opposing trials of civilians in military courts.

“I always follow my passion for things; it might not be the best thing when it comes to career or personal choices, but I chose to be this person. I felt that I wanted to work with a group that helps people and that’s why I joined ‘No Military Trials for Civilians’. The first thing you do when you join the group is to choose what you’ll be working on according to what you’re good at. Because of my background in journalism, I’m good at writing.  So, I chose to meet the victims to write about them and make video reports, so that we can start campaigns for their cases.”