Racha is an African feminist – this is how she likes to introduce herself – in her early thirties. She […] 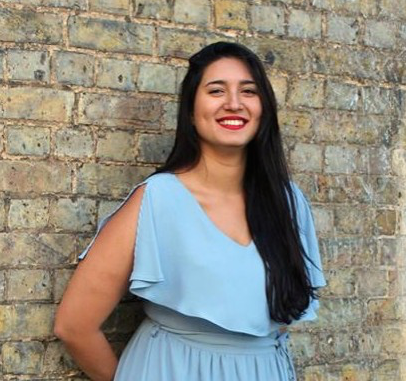 Racha is an African feminist – this is how she likes to introduce herself – in her early thirties. She is half Syrian, half Tunisian and was born in Dubai, UAE, where she lived with her family until she finished her high school education. Racha founded the first organization against human trafficking in Tunisia because of her interest in standing up to this issue as she firmly believes that all human beings should live free, without slavery, human trafficking or exploitation of any kind.

Racha says that she started her activism against human trafficking because she was almost trafficked herself. “When I first came to Tunisia to study, I was 18 years old, but it didn’t really work out for me because I wasn’t fluent in French so I applied to a university in the UK to study. However, I needed to make money on the side, so I put my resume on the internet to look for babysitting jobs. After a few suspicious attempts from ’employees’, I realized that this was a way to trade women for sex work.”

Racha decided to stay in Tunisia and specialize in English. When she went back to work as a teacher in Dubai, she saw many facets of modern slavery in the way domestic workers were being treated. She then returned to Tunisia once more and started her journey of fighting human trafficking to later start her own organization – “Not 4 Trade” – in 2016.

She says: “I faced many difficulties at the beginning because this issue wasn’t very familiar for many people. I organized many events where no one would show up so I was demotivated and lost hope, but then I would tell myself that I was just starting and that it was my mission to provide this information to other people and that I had no right to stop midway.”