Wafa is a Tunisian human rights activist in her forties. She has lived all her life in Tunis, where she […] 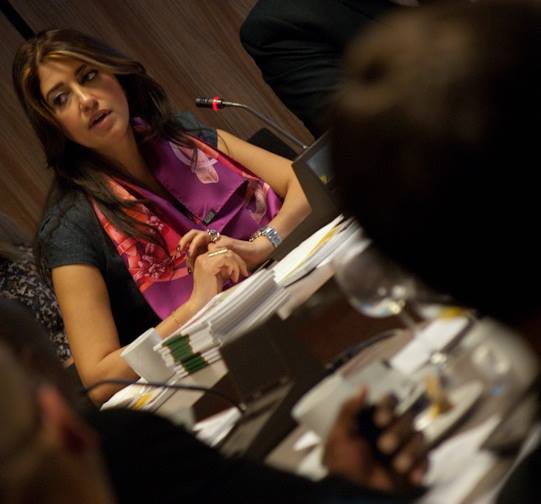 Wafa is a Tunisian human rights activist in her forties. She has lived all her life in Tunis, where she was born, and works in an international organization that is based there. Wafa has previously worked as a university lecturer but she chose to leave academia and work in the public space and has been working with NGOs since 2007. Wafa balances her work between international organizations and Tunisian human rights organizations. She writes articles in Arabic, English, and French in her field from her position and perspective as a progressive and liberated Tunisian woman who refuses to give up her rights.

Wafa says, “In 2008 while working in an American organization, we went on a number of business trips to Egypt to meet Egyptian political activists and bloggers, but I was detained by security and deported back to Tunisia. I was shocked at the time, but I decided to continue working but focus more on activism.”

Wafa’s family could not comprehend the nature of her job before the Tunisian revolution in 2011. They believed that fighting for human rights was a luxury or a privilege. After the revolution, they realized the importance of what she does in the space of defending civil and political rights, as well as personal rights when they became aware of the many cases of those tortured or detained for years in political prisons losing their work and their lives as they knew them. This awareness has made her family more supportive of her and her work.

Wafa says, “I have no intention of giving up to obstructionism and religious fundamentalism which many political activists have paid a price for after the revolution. This went as far as assassinations, spreading political violence and terrorist attacks against innocent people.” She adds that having lived in countries that differ culturally, socially as well as religion-wise, like Qatar and the US and Tunisia, she has come to know the importance of fighting for the consolidation of human rights and freedoms.

Wafa is a mother of four-year-old twins and she strives to raise them to respect human rights with her husband, who works in the same field and shares the same vision.